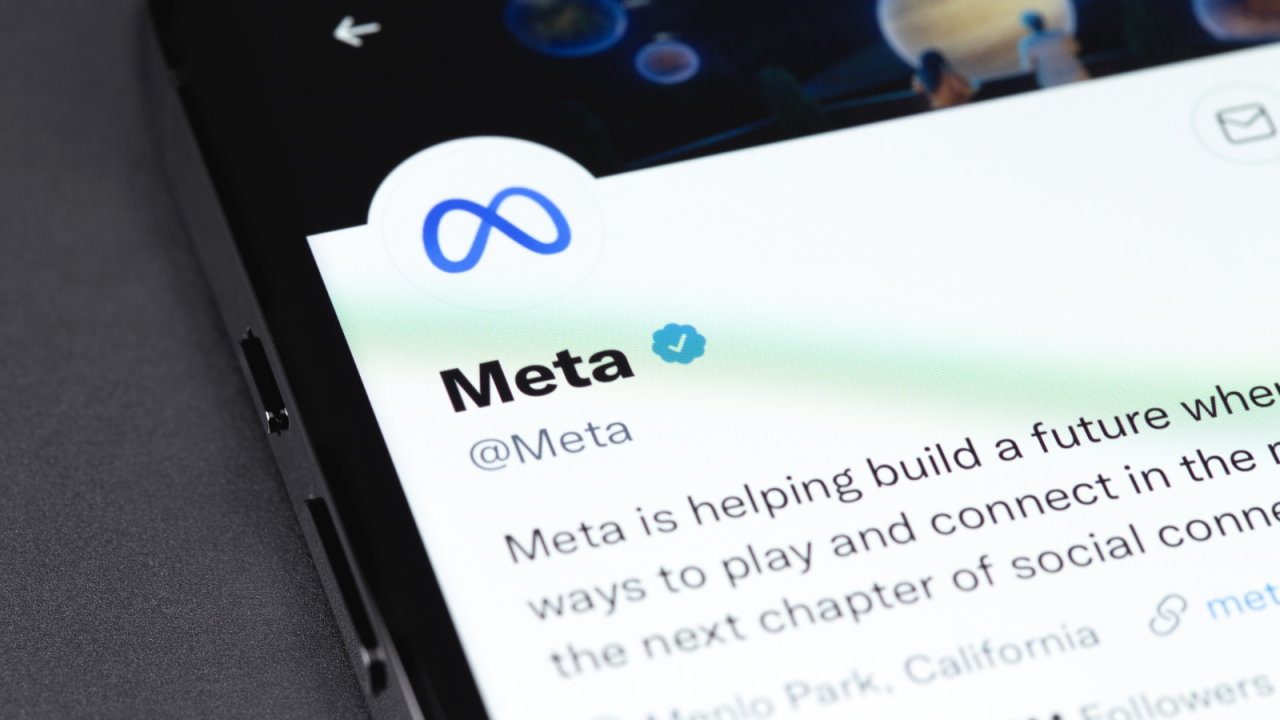 Meta wants to be the primary architect of the metaverse and one of the leaders in the future of web3. But its vision for the future of technology and ownership is sharply at odds with many web3 true believers. Here are some of the challenges that the company formerly known as Facebook will face, and how it’s planning its next steps.

Meta, previously Facebook, is spending billions of dollars to position itself as a pioneering force of the metaverse. But there are some who view the company as the antithesis of everything that the web3 movement stands for. Today, a dichotomy is emerging between the corporate vision for the future of the metaverse – spearheaded by Meta – and the creator-centric vision.

The dichotomy between those two visions can be boiled down to a single question: who controls the metaverse?

In theory, the answer is no one – and everyone. The metaverse is based upon the blockchain, an immutable digital ledger, which is designed specifically to be decentralized; in other words, to not allow for centralized, top-down control from individuals, corporations, governments or any other entity.

At its most basic level, the same is true of the internet. At least, it was true when it was first conceived in the latter half of the twentieth century, when the Defense Department’s Advanced Research Projects Agency (DARPA) set out to build a decentralized network of computers across the US that could remain intact if the country were to be attacked by a nuclear weapon. But as the internet has evolved over the past few decades, it’s increasingly fallen into the orbit of capitalist dynamics. Today, in the era of web2, a small handful of companies control a disproportionately large share of the flow of information. Google, for example, may not own the internet in a literal sense, but that company is definitely playing an outsized role in controlling how the average person interacts with it.

This, broadly speaking, is the paradigm that web3 – the third evolutionary phase of the internet – is seeking to end. Web3 idealists envision a world in which the gated and data-hungry organizations that have long controlled and profited from the centralized control of the flow of information will be replaced by a decentralized community of coders and creators working collaboratively to make information more transparent, trustworthy and accessible. The metaverse is typically considered to be a major part of that vision, a virtual space where people can interact in a meaningful way across vast geographical distances. Picture a Zoom call in which all of the participants are actually standing in an immersive digital space as customized virtual avatars, communicating not just verbally but through finely-calibrated body language, conducting business on blockchain-based smart contracts and exchanging currency that’s not controlled by any centralized bank or authority.

Some of the idealists suspect that Meta is aiming to implement the same paradigm of control that it has enjoyed in the web2 era into the burgeoning world of web3.

Web3 – both as a sociopolitical movement and a technological framework – has grown rapidly. Today, many corporations are trying to join the trend. Meta is obviously particularly bullish on the metaverse, as evidenced by the company’s name change last year.

Facebook, the company’s previous iteration, was a major player in the world of Web2. It has become a social media behemoth, monetizing its rapid global growth mostly via the sale of user data and advertising. Needless to say, that business model has landed the company in some legal hot water, and its founder and chief executive – Mark Zuckerberg – in front of the US Supreme Court. There are many who believe that the company’s decision to rebrand itself to Meta was above all an attempt to distract the public from its previous transgressions and to give everyone a shiny new object – the metaverse – upon which they could focus their attention.

“It’s all in the name,” says Amanda Cassatt, co-founder and chief executive of Serotonin, a company that’s working to guide brands into web3. “It seems that they’re trying to create the false impression that Meta is the same as the metaverse. And in my opinion, they’re probably doing that not only because it’s a lucrative new field and feels like the future, but also because some of their existing platforms and products were failing. And I suspect they may have wished to distract investors from the fact that, for example, Facebook has been losing users.”

Meta frames its goals much differently. “Our mission since the start has always been about helping people connect in better, more immersive and more personal ways … the new name really captures where our company is going and also our commitment to building the future of social technology,” says Nicola Mendelsohn, vice-president of global business group at Meta.

The company does not claim to be seeking to monopolize the metaverse: “The metaverse isn’t something that Meta – or any other company, for that matter – will own,” Mendelsohn says. “Our goal is simply to jumpstart the ecosystem and accelerate the development of tools and technologies that will help everyone who is interested to build it together.”

While Meta’s not explicitly gunning for a metaverse monopoly, it’s clearly aiming to be the name that people immediately think of when they hear the phrase “the metaverse.” Intentionally or not, this has led to some widespread confusion about the metaverse itself: according to one recent study, more than one quarter (27%) of US consumers “mistakenly perceive that the term metaverse refers to a technology owned by Meta.”

Scale comes with a cost

With its huge wealth and user-base, Meta is able to offer creators – those individuals and organizations that are trying to sell a product or service in the metaverse – a major advantage: scalability. “They’re bringing a massive global audience of 3 billion, so they’re giving a creator instant scale,” says TJ Leonard, chief executive of stock media company Storyblocks. “You’re getting instant, day-one scale, and you don’t have that in the bottom-up, idealist [version of web3].”

Scalability is one thing, cost is another. Just a few weeks ago, Meta announced a new “creator fee” on Horizon Worlds of 47.5% – which means that the company will take close to half of all profits that creators earn on its platform. (Apple currently charges 30% for all transactions made on its App Store, a fee which Zuckerberg has publicly criticized.)

Meta’s justification for its steep creator and in-platform fees is that essentially building the metaverse is expensive – so anyone who wants to play will need to pay. “We’re confident that the fees we’re charging are competitive, and they allow us to invest in Horizon Worlds and grow the platform while also letting creators earn most of the revenue,” a Meta spokesperson told The Drum in an email. In its Meta Quest platform, for example, the company says that it uses “the revenue generated by our Store to directly offset the cost of our Quest devices at retail. Our approach is to grow the market for virtual reality (VR) by shipping affordable devices, and this revenue is critical to maintaining an accessible headset retail price.”

Meta also says that its current fee structure will evolve along with the metaverse itself. “It’s early days – there is still a lot of work to be done and we continue to partner closely with our creators and developers to enable them to earn meaningful revenue,” Meta’s spokesperson wrote. “We’re making good on our goal to ensure that developers have a path to real financial success on our platform. When Horizon’s web version launches, the Horizon platform fee will only be 25% – a much lower rate compared to other similar world-building platforms.”

Still, the introduction of Meta’s new fee appears to be alienating many creators – many of whom are struggling to make a living off their artwork. The advent of NFTs certainly marked a major new opportunity for digital artists, but the picture is far less rosy when a major tech company says it will take close to half of all of the income that you make off the sale of your tokens on its platform.

Yes, creators can always opt to leave Horizon Worlds if they’re unhappy with Meta’s new creator fees. But again, scalability matters. The reality of the current state of the metaverse is that there just aren’t all that many platforms that offer the massive audience that the likes of Meta are able to provide. The metaverse is a big and ever-changing place, and venturing out on your own as a struggling artist can be risky.

But after Meta announced its new fee, many artists apparently opted to shun the company – which they seem to think is tone-deaf to the needs of its community – in favor of more creator-friendly platforms. Cassatt summarized it bluntly: “The web3 community collectively threw up in its mouth when Meta announced the 47.5% creator fee.”

Access and cost aren’t the only barriers standing between the metaverse and creators seeking to monetize their work. There’s also interoperability – or rather, the lack thereof. In a web3 context, “interoperability” is basically the ability for avatars and assets to move seamlessly between platforms. It’s currently a mostly theoretical concept, an ideal that many companies are ostensibly aiming for but which remains, at present, exceptionally difficult to implement due to the immense computing power that’s required.

The metaverse is still in its early stages. As it develops, Meta will be faced with the challenge of having to prove to the creator community that it’s not a web2 Goliath masquerading as a web3 David. It’s likely to be an uphill battle: “No one in web3 thinks Facebook is cool,” Cassatt says. “And in fact, all of web3 finds it anathema, and part of the reason we created web3 was to fight back against that business model … Do not confuse Meta for the metaverse.”

For more, sign up for The Drum’s Inside the Metaverse weekly newsletter here.

Why do some countries remain poor?